What Inflation Means for Retirees

Inflation is the increase in the real dollar cost of goods and services over time. Working individuals may not notice the effects of inflation as much as retirees, because wages tend to rise over time (of course, wages may or may not keep up with inflation). However, retirees who pay their living expenses from their nest egg—which gets smaller over time—and some limited fixed-income sources, may be painfully aware of how much less their dollar stretches every year in an inflationary economic environment.

Inflation affects retirees through higher prices everywhere, from grocery stores to mechanic shops. It also affects how far their streams of income, such as Social Security benefits, stretch.

A proper understanding of what inflation means can help you make well-informed decisions regarding how you save, spend, and invest.

And it’s not just milk that’s affected by inflation—it’s all goods and services. The prices of some may have increased to a lesser degree than the 567% increase in the price of milk (and others to a greater degree), but inflation generally affects goods and services across the board.

So a retiree who was happily getting by with a little extra to spare in 1965 may have found themselves struggling later in their golden years because their buying power had been diminished by inflation as the prices of goods and services increased.

Inflation and Cost of Living Adjustments

Another way that inflation affects retirees is through possible inflation adjustments to their income streams.

For example, Social Security benefits, which comprise approximately 30% of retirees’ income, are typically adjusted annually by a cost-of-living adjustment (COLA). A given year’s COLA is calculated based on increases in the Consumer Price Index for Urban Wage Earners and Clerical Workers, which is essentially a measure of inflation. However, while Social Security benefits and other pension or pension-like programs may provide beneficiaries with annual inflation adjustments, not all do.

For instance, if you are relying on a private employer’s pension as a significant source of retirement income, it may not be inflation-adjusted, meaning that the purchasing power of that income will be far less in the future than it is today.

How to Shield Investments From Future Inflation

Perhaps the best way to shield your investments from future inflation is to consider allocating less of your portfolio toward fixed-income investments and more toward asset classes that have traditionally been a hedge against inflation.

For example, suppose you invested in fixed-income bonds that pay you the same amount month in and month out. In that case, it’s important to realize that while the real dollar income amount generated by these bonds remains constant, their purchasing power diminishes with inflation.

However, while potentially more volatile, investing in asset classes such as stocks may provide returns that outpace inflation and may be the right move vs. more conservative investments such as fixed-payment bonds.

Combatting the Impact of Inflation Now

While no one can predict what inflation will look like years from now, there are steps that retirees or pre-retirees should take not to be caught off guard in even the most severe times of inflation.

You may have an idea of how large your nest egg will be in retirement and how much you will be able to expect from fixed-income sources, such as Social Security benefits and pension payments.

And you may have done the math and determined that you will be able to “get by” for decades by drawing down your nest egg and supplementing these distributions with your fixed-income sources.

However, if you haven’t accounted for inflation in your retirement budget, you might have a nasty surprise.

2. Trim Expenses Where You Can

If you can cut down on expenses now, the lower the impact inflation will make on your bottom line.

If you put in the work now to make slight adjustments to your spending habits—even trimming as little as $100 per month—you will be saving yourself $100 per month plus the inflation on that $100 per month. You will also have additional disposable income to put toward investments that can serve as a hedge against inflation.

This isn’t the answer many want to hear. Still, if after putting together an inflation-adjusted retirement budget and trimming your expenses, it doesn’t appear that you’ll be able to cover your living expenses in retirement for your full lifetime, you may have to make the difficult decision to delay your retirement to build up your nest egg. 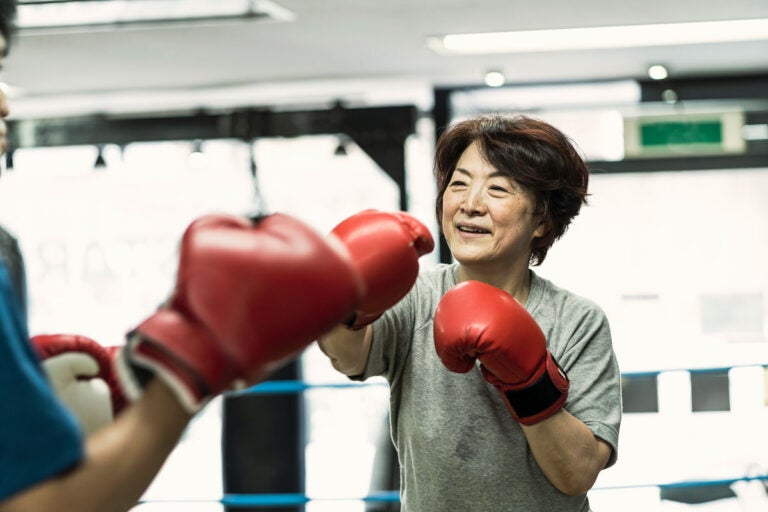 Fight Inflation With a Reverse Mortgage

When inflation is high, a reverse mortgage offers some unique ways of fighting the pinch of rising prices. 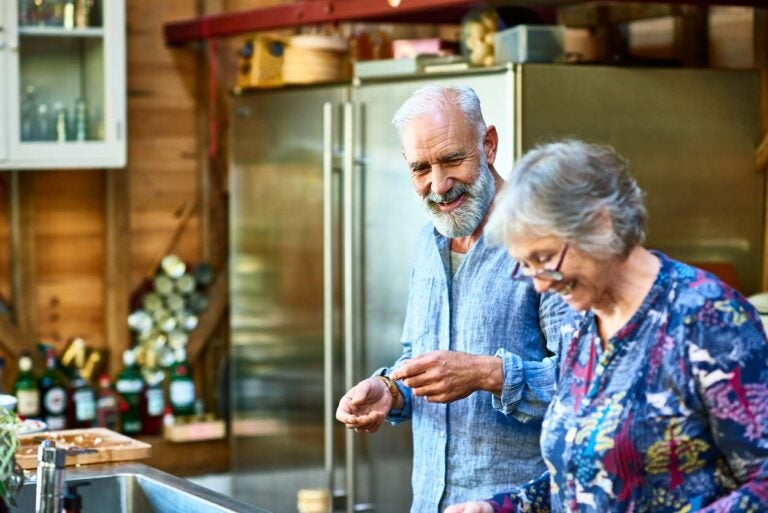 6 Tips for Adjusting to a Fixed-Income Lifestyle

Life on a fixed-income life can take some getting used to, these tips will help you adjust and thrive on a budget.