How Home Exchange Can Improve Your Retirement 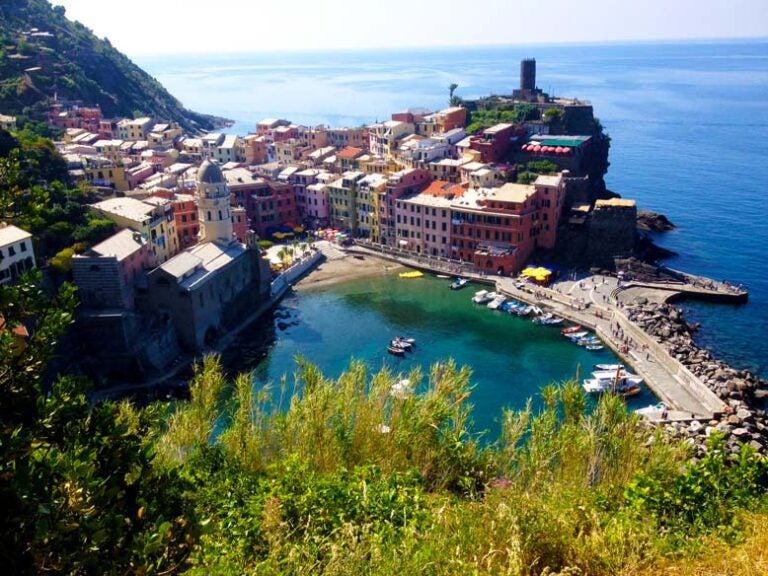 Depending on your personality, switching homes with complete strangers from across the world may seem like a dream or a nightmare. But this mode of travel has been picking up steam for years. For millions of retirees, when it’s time to hit the road, part of the charm is opening their world to new people and stepping into someone else’s.

One day when retirees Marcy Lay and Ben Elliott were spending four weeks in a lovely house in Coffs Harbour, Australia, the homeowner’s brother stopped by to take them mountain biking. Meanwhile, halfway across the world in Cape Cod, Mass., Marcy’s brother stopped at Marcy and Ben’s house to pick up the visitors from Coffs Harbour for a fishing trip.

While home exchanges don’t typically involve swapping relatives, this refreshing method of travel is characterized by the type of trust, openness, and conviviality that make such unexpected moments possible.

“We traded everything – cars, bikes, relatives,” remembers Marcy. “It was cool and happening simultaneously. We felt completely comfortable in each other’s houses.”

Lay and Elliott are veteran home exchangers with 40 exchanges worldwide under their belts. They swapped for exotic spots from Cinque Terre (their view from that exchange tops this article) to Cape Town to Kauai. Home swap is a mainstay of the globetrotting retirement they enjoy, allowing them to travel affordably, stay in comfortable homes wherever they are, and meet like-minded people worldwide.

What is a Home Exchange?

Home exchange is an old concept, and while there’s no way to know how long the practice has been going on informally in societies around the world, we can trace its formalization to the 1960s. That was when a few small companies or organizations in the U.S. helped teachers arrange home swaps during summer months, relying on printed directories that listed homes open to exchange.

In the early 1990s, a non-teacher named Ed Kushins, contemplating a week-long trip to Washington, DC, with his kids, managed to get his hands on one of the directories and secured a home to stay in during his visit. The experience convinced him the concept could have widespread purchase far beyond the academic community, so he launched his own fledgling home-exchange company in 1993. After a slow start pre-Internet, the venture grew exponentially after Kushins started HomeExchange.com in 1995, quickly becoming the largest home-exchange site in the world.

Home exchange got a boost in 2006 with the release of “The Holiday,” a film starring Cameron Diaz and Kate Winslet as two single women who swap homes in Los Angeles and England, and end up finding love in their new locations. The filmmakers consulted Kushins and agreed to have the main characters use HomeExchange.com on screen in the film.

“We used that as a springboard to propel the business,” notes Kushins. The company continued to grow so that it had 70,000 members by the time Kushins sold it to owners of a French home-exchange site in 2017. Today the site lists more than 450,000 homes in every corner of the world.

Other home exchange sites have entered the space since Kushins printed his first directory, the most prominent of which is UK-based Love Home Swap, founded in 2011. A variety of other ventures based on similar concepts such as couch-surfing, homestays, and pet-sitting exchanges have also proliferated.

The Best Advice for Home Exchange

There is much to learn about home exchange, but it can be learned as you go. Home exchange veterans offer newbies their best advice for embarking on this mode of travel.

Acknowledge and Overcome Your Fears

“It’s okay to have fears,” says Emmanuel Arnaud, CEO of HomeExchange.com. “Once you overcome your fears and do the first exchange, you’ll realize that the reality is that people are nice and trustworthy, and we’re a great community.”

He tells the story of a first-time home exchanger who was nervous about having a stranger come stay. He put Post-It notes all over his house, saying things like “Private” for rooms he didn’t want them going into. When he arrived at the home he was swapping for, which was owned by people who do exchanges all the time, he found a big bowl full of money and the car keys, and one Post-It saying, “help yourself.”

“He realized he was putting red tape on all those fears,” says Arnaud. “And the people who were more experienced were like, ‘enjoy; have a great vacation.’”

Get Ready for a Little Work

Before you start home exchange, make sure this type of travel is really for you. It takes more work to set up an exchange than to book a hotel, and you have to be comfortable doing a little work during your vacation. Homeowners expect you to clean up before you leave, and the rating system keeps you honest on that front, even if your conscience doesn’t.

“This whole concept is not for everybody; it’s barely for 1% of the traveling population,” says Don Dennis of Marblehead Mass. who has done over 200 home exchanges. “For people who want to be waited on by the pool and have a drink with a little umbrella brought to them every hour, this isn’t the lifestyle for them.”

Use HomeExchange.com’s Guest Points To Get Started

One of the changes Arnaud’s team has made to the HomeExchange.com platform since purchasing it in 2017 is implementing the Guest Points (GP) system, a kind of currency that people can use to do exchanges more flexibly. The points, which cannot be bought with or traded for actual money, allow you to welcome guests into your home even if you don’t want to go to theirs. They pay you GPs for their stay, which you can use to stay at someone else’s house.

HomeExchange.com gives you a decent number of Guest Points when you sign up for the platform and list your house for exchange. You’ll start with enough GPs to stay in someone else’s house for as much as a week or even more.

Arnaud recommends using those GPs to be a guest first, to see what it’s like to stay in someone’s home, and then graduate to hosting after that. “It’s a great way to discover the concept,” he says.

Think of the Exchange House as a Home Base

Home exchange is probably not the best option for people who have a very specific and targeted idea of where they want to go and when. Exchanges take legwork to set up, and you may have to compromise your plans as you discover what’s available and doable. That means that one good way to approach this form of travel is to think of the house you’ll be staying in as a home base from which you can foray to see what’s surrounding you.

“You hit upon a spot, and you go there, and the planning is about making sure the home exchange happens and getting your transportation,” says Lay. “You don’t have to do any other planning. You kind of draw a 50-mile radius around the house, and you take day trips.”

Make Your Own House Worth Trading

You’ll want to think about how your house will feel to those coming to “live” there. Is there a lot of clutter? Will the guests have room to put their things? Are there certain inexpensive upgrades you can make, such as linens or towels, to ensure people will be comfortable?

Think through how you can make it easy for yourself to put away personal items or empty out some closet space whenever you do an exchange. And for peace of mind, put away any sensitive documents or precious items in a locking filing cabinet or closet.

‘Travel Anywhere, Live Like a Local, Stay for Free’

Many retirees have one major asset: Their home. Why not use this resource that you’ve spent years investing in to your advantage? It can help you travel the country or the world in a wonderfully affordable and serendipitous way.

Those who swear by home exchange couldn’t be happier they found this option. As Dennis says, “Generally, we’ve been thrilled, just absolutely thrilled.”

And the man who started HomeExchange.com sums up the value of the concept best: “When I started the company, I made tagline, and it’s still true: ‘Travel anywhere, live like a local, stay for free.’” 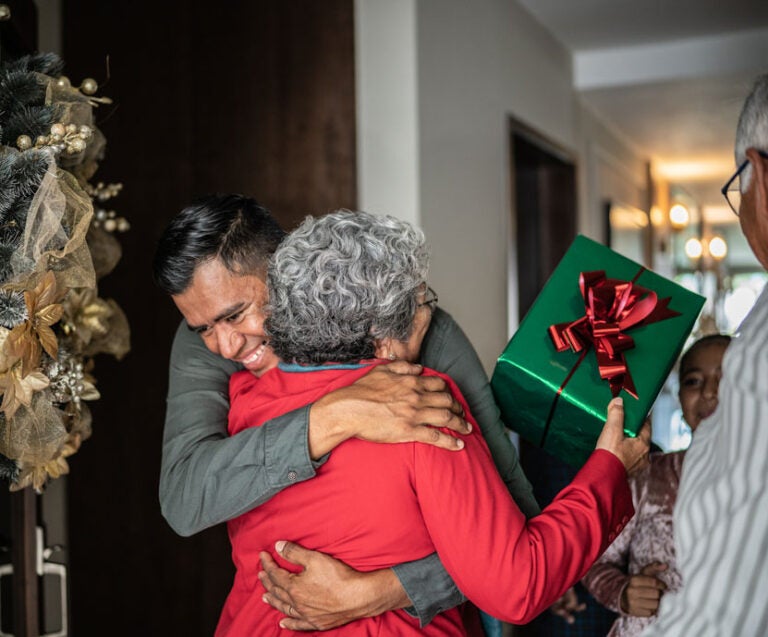 4 Ways to Find that Holiday Feeling Wherever You Are

Here’s what it means to feel home for the holidays and how to capture that feeling no matter where you call “home.” 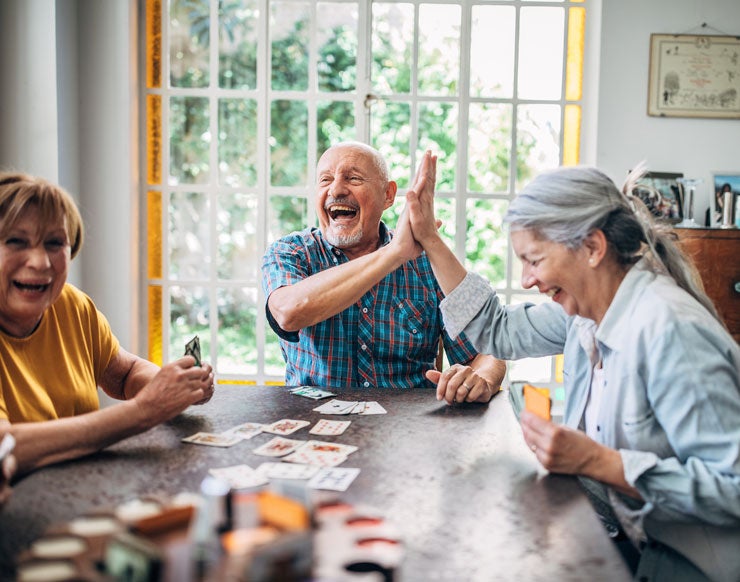 6 Ways to Make Friends in Retirement

Making friends at any age can be hard but well worth the effort. Here are six tips to help you make new friends in retirement.

Grandmother and Grandson, Joy and Brad Ryan, are on a mission to visit all 63 National Parks together. Along the way they've learned a lot about life and each other.