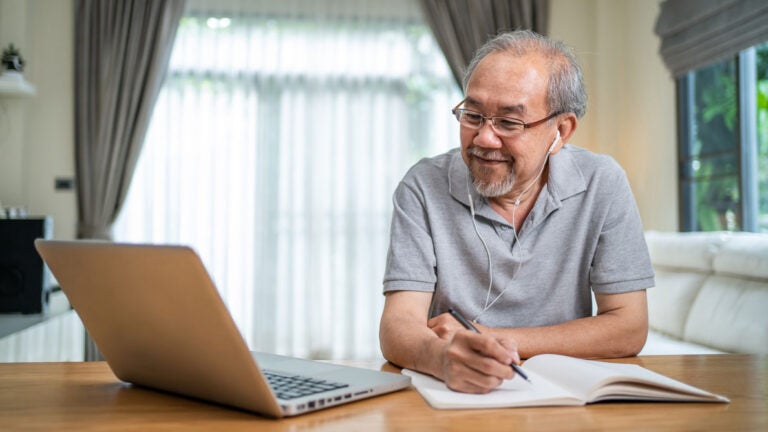 An increasing number of seniors are entering retirement with unprecedented student debt. Two and a half million Americans age 62 and older owe a collective $103.9 billion in federal student loan debt, and Americans age 60 and older are the fastest-growing age group when it comes to student loan debt. While some of these individuals are still paying off loans they took out to finance their own education, the majority of older Americans’ student loan debt went to financing their children’s education. Carrying student debt can strain retirees’ standards of living, especially with inflation putting additional pressure on fixed budgets.

The good news, however, is that some of these borrowers may be eligible for some form of student loan relief, such as Public Service Loan Forgiveness (PSLF), income-driven repayment (IDR) plan forgiveness, and the relief recently announced by the Biden Administration via executive order if this relief survives the legal challenges it is currently facing.

Unfortunately, the formalized student debt relief programs apply only to federal student loans. However, there are other options to get relief for private student loans, such as bankruptcy. Other forms of private student loan relief may be available in specific circumstances, but you would have to learn about them directly from your lender.

On August 24, 2022, the Biden Administration announced sweeping student debt forgiveness of up to $10,000 for borrowers with 2020 or 2021 adjusted gross incomes of less than $125,000 or $250,000 for married couples. An additional $10,000 in forgiveness would be offered to borrowers with incomes of less than these amounts who also received a Pell Grant. There is no age limit on this intended relief—and parent PLUS loans are fair game—so most retirees within the income limits would qualify for this debt forgiveness.

Why “most” but not “all?” While this debt relief was originally intended to include all federal student loan borrowers who obtained their loans before June 30, 2022—including those with privately-owned federal student loans through the Federal Family Education Loan (FFEL) Program and Perkins Loan Program who consolidated these loans into federal direct loans—the Department of Education reversed their position concerning this group of FFEL and Perkins Loan holders on September 29, 2022.

Now, borrowers with privately-held FFEL and Perkins Loans would not be eligible for Biden’s student debt relief, even if they consolidate these loans into federal Direct Loans. However, those who applied for such consolidation before September 29, 2022, would still be eligible.

This reversal was likely due to anticipated legal challenges from the private institutions holding these loans. However, this is not the greatest challenge facing the Biden student debt relief program.

The Department of Education has stopped accepting applications altogether for the program in response to two significant legal challenges. One of the challenges was brought by six states—Arkansas, Iowa, Kansas, Missouri, Nebraska, and South Carolina—arguing that the President does not have the authority to cancel student debt.

Although the District Court judge, in this case, decided that the states did not have the standing to bring this lawsuit, the Eighth U.S. Circuit Court of Appeals issued a nationwide injunction on the program.

The Justice Department has stated that it will ask the United States Supreme Court to lift the circuit court’s ruling.

Two individuals in Texas brought the second challenge—one who has privately-held FFEL loans and the other who would qualify for $10,000 in student loan forgiveness but not the additional $10,000 since he did not receive a Pell Grant. These individuals claim that the Biden student debt relief program’s rules are “irrational, arbitrary, and unfair” in denying them the full $20,000 of student debt relief afforded others.

And the District Court judge, in this case, concluded, essentially, that the President of the United States does not have the authority to create such a student debt relief program through executive order. The Biden administration has filed an appeal with the Fifth U.S. Circuit Court of Appeals.

While the fate of Biden’s debt relief program remains up in the air, the Biden administration announced November 22, 2022 that it would extend the payment pause on federal student loans until June 2023.

How to Apply for Debt Forgiveness Under Biden’s Program

If Biden’s student debt relief program survives, retirees with federal student loans other than privately-held FFEL and Perkins Loans who meet the income requirements for their filing status in either 2020 or 2021 should apply for the loan forgiveness at https://studentaid.gov/debt-relief/application by December 31, 2023. At the time of publication, this website was not accepting applications. It is worth checking back as the legal status of the program changes.

Other Relief for Parent PLUS Loans

For example, parent PLUS loans are eligible for discharge in a limited number of circumstances, such as if the child whose education the retiree borrowed for passes away, the child’s school closed, there was some fraud concerning the loan itself, or the child withdrew from the school and was not paid a legally-required refund. If you believe your parent PLUS loan may qualify for discharge due to any of these circumstances, reach out to your loan servicer.

Parent PLUS loans can also be consolidated into a Direct Consolidation Loan and repaid over an Income-Contingent Repayment (ICR) Plan, just like non-parental student loans. Your payments under an ICR Plan will never exceed 20% of your discretionary income, and your remaining balance after 25 years on the plan is forgiven.

The ICR Plans mentioned above are just one of the four income-driven repayment (IDR) plans for federal student loans.

However, there are no age limits on any of these plans, so they are available to retirees and non-retirees.

Each kind of IDR plan has different qualifications and repayment options. Still, one thing all IDR plans have in common is that the borrower’s remaining debt, if any, is forgiven after making 20 or 25 years of payments on the plan. Whether the number of years is 20 or 25 depends on:

If you are retired, your income may be significantly lower than it was during your working years, so entering into an IDR plan to pay as little as possible every month on your debt—with an eye toward future forgiveness—may be a smart move.

On January 10th, 2023, the Biden administration proposed changes to the REPAYE income driven repayment plan that would:

These changes are open to public comment for thirty days and are expected to be put in place later in 2023.

This forgiveness is for individuals who make 120 monthly payments in a qualifying repayment plan (such as an IDR plan) while working full-time for a government or not-for-profit, so it’s not relevant for retired individuals unless they are willing to reenter the workforce for at least 10 years.

Note that if you have parent PLUS loans you’re looking to get discharged under PSLF, you would only qualify if you consolidate your parent PLUS loans into a Direct Consolidation Loan and enter into an ICR Plan.

You can learn more about this program here.

Student loan debt relief is an important issue for borrowers of all ages but particularly critical for older borrowers with a fixed income. While this issue will certainly play out in the courts, it’s important for seniors to know their options and seek out student loan relief where possible. 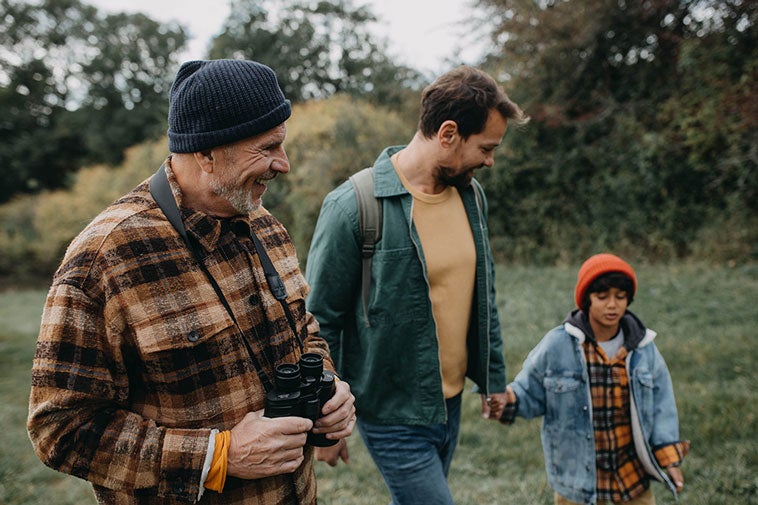 How to Create a Trust Fund for Your Heirs

A trust is an important part of many people's estate plans. Here are the steps to creating and funding a trust. 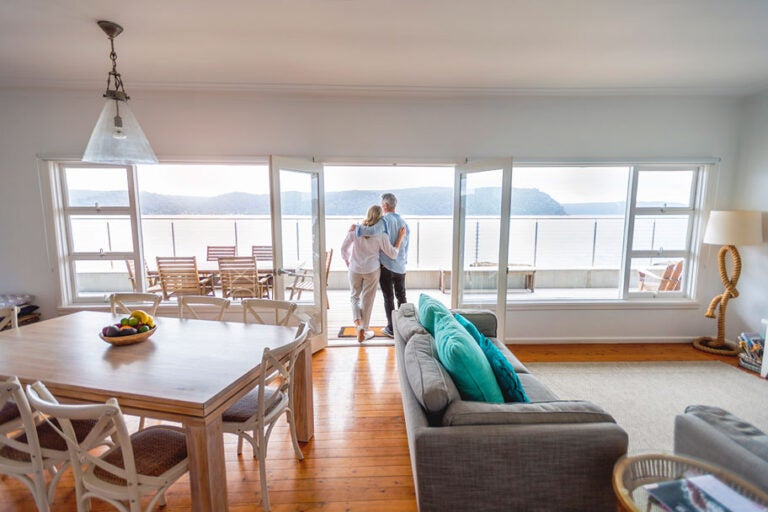 What Is an Asset Protection Plan?

An asset protection plan does not need to be complicated, but it can be essential to ensuring your hard-earned assets aren't jeopardized by the unexpected. 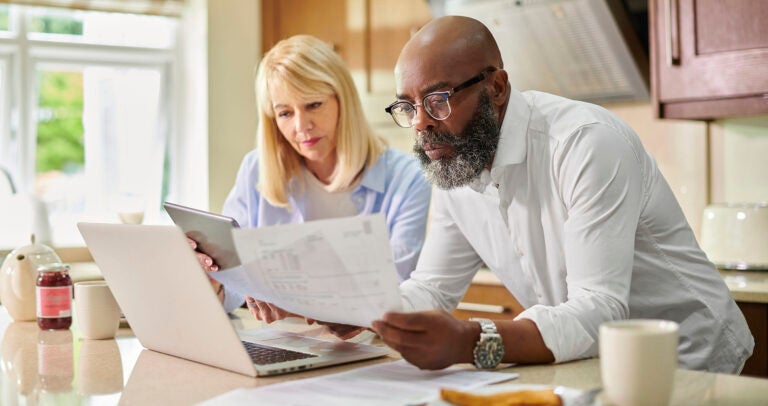 Is Tax-Loss Harvesting a Good Idea?

Tax loss harvesting can be a useful strategy, as long as you understand the long-term implications. Here is a primer on the basics.