The History of the American Mortgage “A man is not a whole and complete man unless he owns a house and the ground it stands on.”—Walt Whitman

The American Dream is the idea that anyone can achieve their own version of success in this society.

The term “The American Dream” was first coined by writer and historian James Truslow Adams’ in his 1931 book “Epic of America.” In this novel, Adams describes the American Dream as “that dream of a land in which life should be better and richer and fuller for everyone, with opportunity for each according to ability or achievement.”

But of course, before this idea was given its name, it had been percolating within American society since the country’s inception. The Declaration of Independence speaks to the idea that American citizens are “endowed by their Creator with certain unalienable Rights, that among these are Life, Liberty, and the pursuit of Happiness.” These ideas composed the foundations of what would later be coined “The American Dream.”

While not specified in the Declaration, over time the idea became more composed. And by the time Adams’ christened it with a title in 1931, signifiers had already begun to emerge.

Generally, the American Dream requires “political and economic freedom, as well as rules of law and private property rights”. These are the foundational requirements for an individual to be able to achieve the said dream.

Property and homeownership have always been intimately woven into this idea. Homeownership today has come a long way, as you’ll soon see in this article. A lot has changed over the course of a hundred years, and homeownership can mean different things to different people. Today, it can even be a savvy tool to help one through retirement.

For many, the idea of owning their own home is the ultimate symbol of personal freedom and success. For the last century, homeownership has almost always been coupled with a mortgage.

The word mortgage comes from the French words “mort” and “gage.” When translated, this means “death pledge.”

The literal translation of the word can sound a little extreme. But if we’re speaking realistically, a mortgage is a loan backed by a piece of property. The “mort” or “death” component of the word simply refers to the dissolution of the loan (or its “death”) once it has been paid.

Mortgages have been around since ancient times. The earliest records we have of mortgage laws date back to the ancient Indian text the Code of Manu. From there, we have records of mortgages in cultures across human history, such as Ancient Rome and medieval England, and various Judaic sources.

Ancient Rome’s mortgages looked a lot different from the mortgages we have today. In fact, the mortgage that is prevalent now (30-year fixed rate) is quite different (and a lot more complicated) than the mortgages from only 100 years ago.

The modern American mortgage had humble agrarian beginnings. Over time, as the middle class grew and economic history unfolded, a complex system developed that sculpted a new vision of American life.

Homeownership is intimately woven into the concept of the “American Dream.” Owning a home, for many, is a signifier of success. But this idea is a relatively new one and has only been achievable for most Americans for less than 100 years. Previous to the early 1900s, unless you were an urban developer or a farmer, taking out a mortgage and becoming a homeowner would not have been high on your priority list.

The first mortgages in the United States began when the first commercial bank was established in 1781. Mortgages between 1781 and the start of the 20th century were issued by local banks and designed to cater to the regional populations they served.

Towards the end of the 19th century, a mortgage called the “balloon mortgage” began to rise in popularity. These loans were distributed by local banks who required about 50% down payment at signing. They lasted 5-7 years, and borrowers were required to make monthly interest payments. At the end of the loan term, borrowers would pay off the principal in what was called a “balloon payment.” These loans still exist today, however they have become less popular thanks to the emergence of other types of mortgage loans.

During the 1920s stock market boom, balloon mortgages increased thanks to federal efforts to promote homeownership. Through federal advertising campaigns like Better Homes in America and Own Your Own Home, an ideology formed that celebrated homeownership as a rite of passage into adulthood and framed homeowners as patriotic and good providers for their families.

The National Mortgage Crisis of The Great Depression

“The literally thousands of heart-breaking instances of inability of working people to attain renewal of expiring mortgages on favorable terms, and the consequent loss of their homes, have been one of the tragedies of this depression” – President Herbert Hoover

As balloon mortgages increased, so did the housing bubble. When the stock market crashed on October 29, 1929, the housing bubble burst and a home mortgage crisis kicked in. As home values declined, people found themselves living in houses where their mortgage was worth more than the house itself.

As the Great Depression began to take hold, more and more people found themselves without a job. And as a result, more and more banks found themselves foreclosing on the homes.  In 1932, 273,000 people lost their homes. By 1933, roughly 1000 mortgages were being defaulted on per day. One source estimates that by the end of 1933, 40-50% of US mortgages were in default.

Shaping the Future of the American Mortgage

In response to the Great Depression, President Franklin D. Roosevelt commissioned The New Deal. His administration and Congress created several critical agencies that would dramatically change (and save) the mortgage industry.

The New Deal’s changes to the mortgage industry were reactive measures to help during a financial crisis, rather than proactive ones to promote homeownership. However, the result created a new mortgage that drastically reduced down payments and regular monthly payments, which ultimately made homeownership more affordable for Americans.

Moving To The Suburbs

Before 1940, new home construction peaked in 1925 and fell dramatically during the 30s. However, following World War II, President Roosevelt signed into law the Serviceman’s Readjustment Act of 1944 (G.I. Bill), which created incentives for war veterans to buy newly constructed homes in the suburbs.

Thanks to Fannie Mae, the FHA, and the G.I. Bill, homeownership over the next to decades soared. Between 1940 and 1960, the homeownership rate increased from 43.6% to 61.9%. This transformed the American cultural landscape from “urban renters to suburban homeowners.” Suburbs like Levittown in Long Island, New York added thirty new houses per day at the height of its construction in the 1950s.

President Ronald Reagan signing the Economic Recovery Tax Act of 1981 (ERTA) bill—one of the many legislative attempts to aid the crisis. (Source)

The systems set in place by the New Deal allowed for homeownership to continually grow over the following decades. Savings and Loan banks (S&Ls) were one of the most popular mortgage lenders during the post-war era because they made their money from low-interest mortgages and interest from savings accounts and were able to issue mortgages to middle-class income families.

The boom of S&Ls was made possible by the Federal Home Loan Banks, which was chartered by Congress in 1932. The FHLBank System provided liquidity to member financial institutions such as S&Ls, but it also placed a cap on interest rates on deposits and loans. This system favored S&Ls, but ultimately made it difficult for them to compete with other lenders as inflation rose in the 1970s.

The slow economic growth and stagflation of the 1970s cast a devastating blow to S&Ls. As the decade progressed, their customer base decreased as the recession affected the number of families seeking a mortgage. Further, with the emergence of money markets (which offered higher interest rates on savings accounts) more people began to move away from S&Ls. Without new depositors and mortgages, S&Ls fell as one of the most secure sources for mortgage loans. In 1975 (pre-crisis) S&Ls boasted 53% of the market share for single-family mortgages; in 1990, once the crisis had resolved, they held 30%.

The mortgage industry shifted away from S&Ls during the last few decades of the 20th century and remained stable until the early 2000s when the financial crisis began to take hold.

While there are several causes for the financial crisis of 2008, at its center was subprime mortgage lending. From 2000-2003, in an attempt to encourage homeownership and combat the impact of the Dot-com bubble burst, the Federal Reserve lowered interest rates from 6.5% to 1%. This maneuver worked, and the housing market boomed. Banks began to offer high-interest-rate subprime loans to riskier borrowers with low credit scores. Homeownership was at an all-time high as mortgages were available to virtually anyone who wanted them.

In 2007, the housing bubble burst. Home values decreased dramatically, and the housing market failed, banks collapsed, and the economy slipped into what would be called The Great Recession. Foreclosures increased by 81% in 2008 (3.1 million foreclosure filing), and 861,664 families lost their homes. Monthly mortgage payments doubled in some parts of the country.

Through trial and error, crises and booms, the modern mortgage is a lot more complicated than they used to be. Today when you take out a mortgage, you have three options for a lender: a large national bank (Chase, Wells Fargo, etc), mortgage brokers, or correspondent lenders like your local community bank. These financial institutions create your mortgage loan and then sell it off to a government sponsored entity like Fannie Mae or Freddie Mac. The Federal Housing Administration insures these loans so that Fannie or Freddie can then sell your mortgage to private investors who use a mortgage servicer to collect your monthly payments.

Gone are the days of simply walking down the street to your local bank to get a mortgage. But this added complexity is for the better. The federal government and lending institutions have learned a lot over the last century. This system, while complex and with many players, was built to ensure the security of your home loan and thus help encourage one of the most crucial aspects of the American dream: homeownership.

Your home can still help you achieve your dreams—especially in retirement. We believe that being able to retire on your terms is an important component of the modern American dream. Homeowners today are able to use their home equity as a smart retirement tool and give themselves more financial freedom in their golden years. 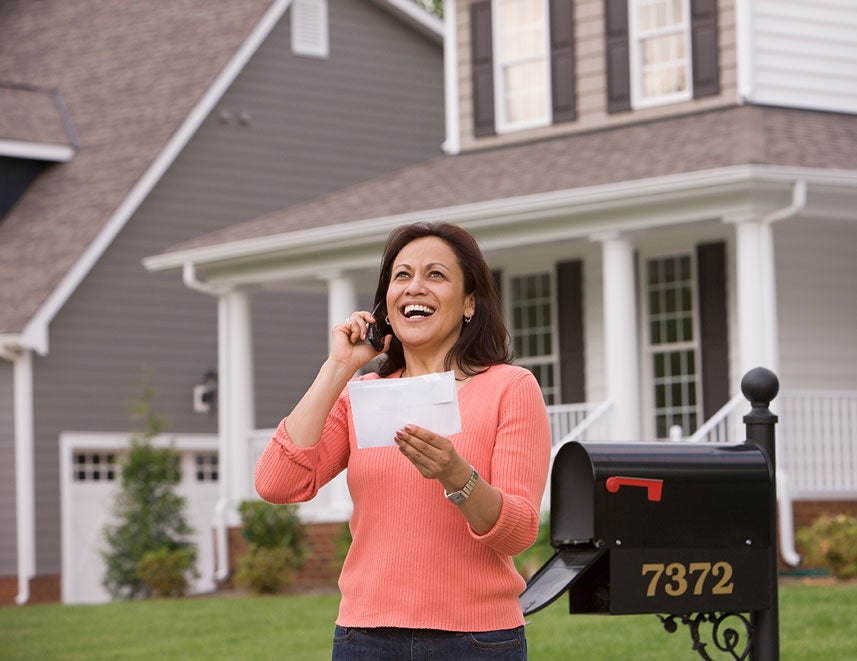 How Much Money Can You Get From a Reverse Mortgage?

Often, the first question potential borrowers have when they are considering a reverse mortgage is, ...

Does the Bank Own Your House With a Reverse Mortgage?

There are many misconceptions about reverse mortgages and how they work. The fact is a rev... 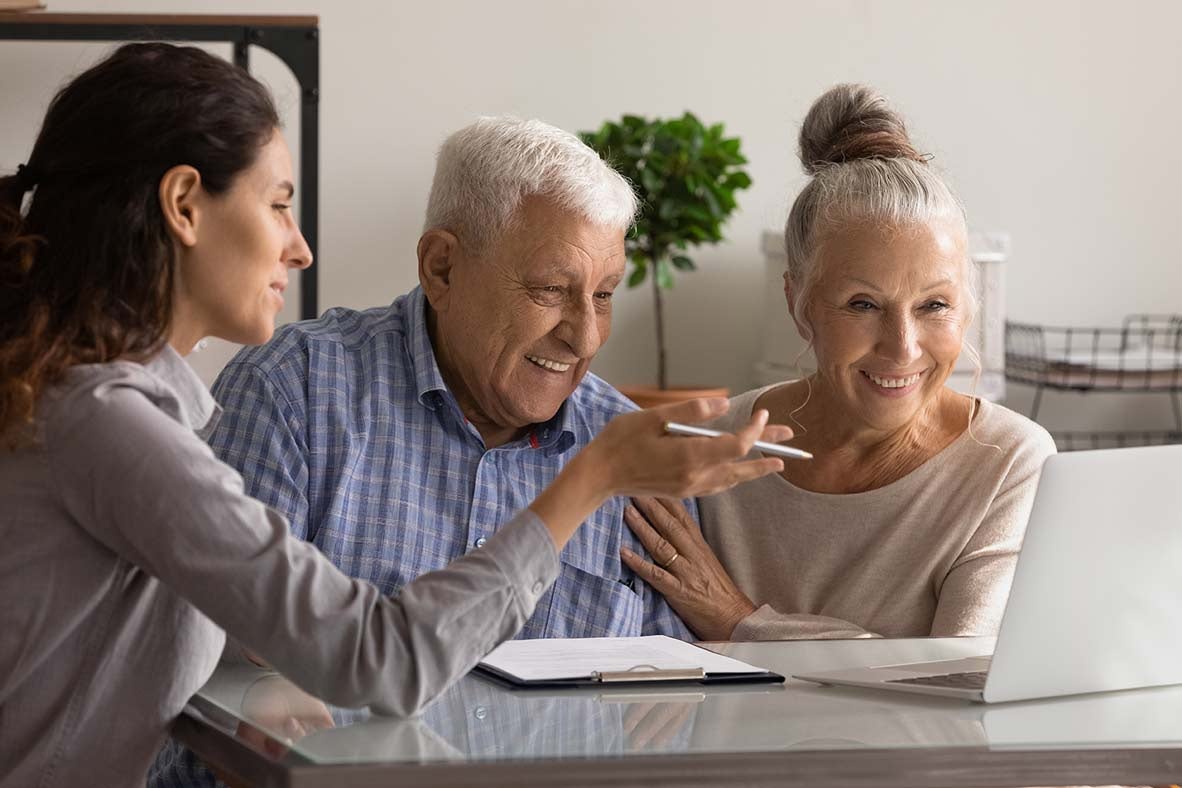 What Happens During Reverse Mortgage Counseling?

To be approved for a home equity conversion mortgage (HECM), borrowers need to u...