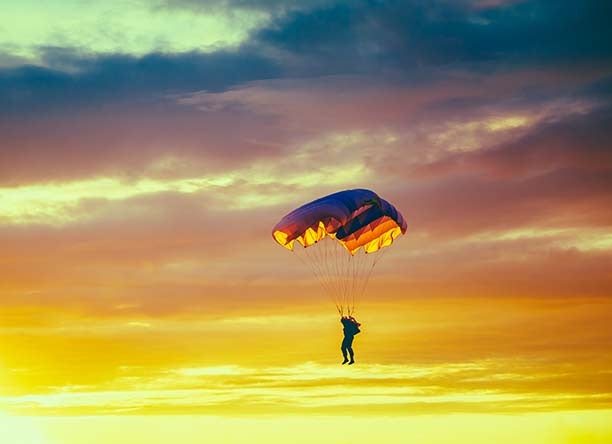 Skydiving is a bucket list item for many people. If you’ve dreamed of jumping out of a plane someday and wondered if you’re too old to give it a try, the answer depends more on your physical condition than your age. While you do have to fulfill some health requirements, age itself isn’t a limitation. In fact, Former President George H.W. Bush celebrated his 90th birthday by skydiving.

To do a tandem skydive—where you’re attached to a skydiving instructor—you need to be flexible and weigh less than 230 pounds, says Jim Moore, owner of Skydive Kentucky, an Elizabethtown, Ky.-based skydiving facility. “The performance standard we look for someone to be able to stand on the tailgate of a pickup truck with the tailgate down and hop off—hop, not fall off or climb down,” he says.

After overcoming your fears, the toughest part is landing. It’s when the most injuries occur, says tandem instructor Mike Mann. “There’s a learning curve, and older people don’t recover as well if they have an injury,” he says. “It’s not common to start skydiving when you’re older, but it’s possible.”

Just 11% of United States Parachute Association (USPA) members, an organization for skydivers, are retired. However, it’s a sport you can pursue as long as you’d like. In fact, people who skydive tend to be passionate about the sport, starting and sticking with it for a variety of reasons.

Though a minority, older skydivers are passionate about the sport. We spoke with three retired skydivers about what got them started and what keeps them going.

Jim Moore: Turning a Sport into a New Career

Moore, now 65, started skydiving when he was 36 years old and working for a Fortune 50 company. On a Monday break, a coworker shared that he had gone skydiving over the weekend.

“Everybody else at the table thought he was an idiot,” Moore recalls. “I was intrigued. He invited me to go the next weekend, and that’s how I got started.”

As Moore progressed in the sport, he got more involved, going from a skydiving enthusiast to jumpmaster to shooting video to tandem instructor. When another facility in his state closed, he opened Skydive Kentucky to help others enjoy the sport. To date, Moore has logged in more than 8,000 jumps.

Susie Paiser: Becoming Who You’re Meant to Be

Susie Paiser, 68, has done more than 5,500 jumps. She served for six years in the Women’s Army Core (WAC), working in communications and cryptology, encoding messages. She started skydiving out of curiosity when she was 25 years old.

“I jump every weekend,” she says. “I’m the mother of five and have put skydiving on the back burner for a year or two at a time, but it’s something I was always able to go back to. Once you jump out of an airplane, you never look at the sky the same again. The sky is not the limit—the sky is the opportunity.”

Skydiving has helped Paiser, who works as a school bus driver when she’s not in the sky, face her fears. “Fear stands for false evaluation, appearing real,” she says. “Once you step through one fear, you can step through the next.”

Mann, 62, started skydiving when he was 40. “Like a lot of people, I wanted to see what it was like,” he says. “It was my birthday, and I was getting older. I went out to talk to the people about it and ended up jumping on the same day, which was a little terrifying. But I couldn’t think of a good reason not to.”

Since then, Mann has made 6,200 jumps and currently works as a tandem instructor. “I’m the guy now doing what the guy did for me 20 years ago,” he says.

Mann encourages people to do exciting things no matter your age. “Life is short—don’t live with regrets,” he says. “I’ve been blessed to have done a whole lot of things. I’ve driven an IndyCar and a NASCAR. I’ve been in a glider and gone whitewater rafting. All that stuff has some risks. You need to trust your instructor and trust your equipment. If you’re physically fit and confident, you can do anything.”

Skydiving can be life-changing, and all three jumpers encourage others to pursue their dreams and passions in retirement, no matter what they may be.

“That dream you have is put into you to enhance your life,” says Paiser. “If you have the desire to touch the clouds, it’s there for a reason. Get out there and do it. Skydiving taught me that there’s a challenge every day, but the challenge is also a choice. You have a choice to enjoy it or endure it, and I choose to enjoy it. It’s never too late to become who you want to be.” 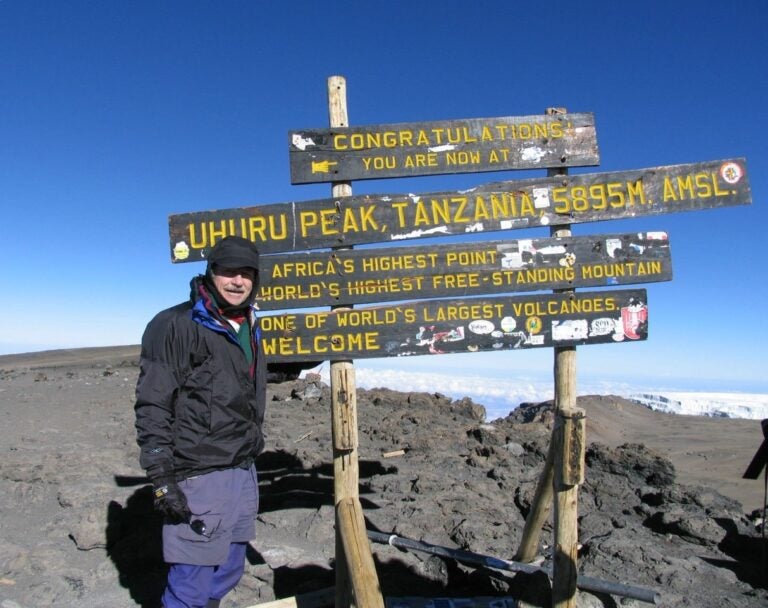 For Ralph Perry, retirement isn't about slowing down, it's about staying active and seeing the world on foot. Living a full life and doing what they love meant finding a way to fund their travels. A reverse mortgage was just the ticket they were looking for.

Ann wanted to stay in her girlhood home when she retired. A reverse mortgage helped her update the home and even have extra left over for a few more items on her wish list like travel and a new car.